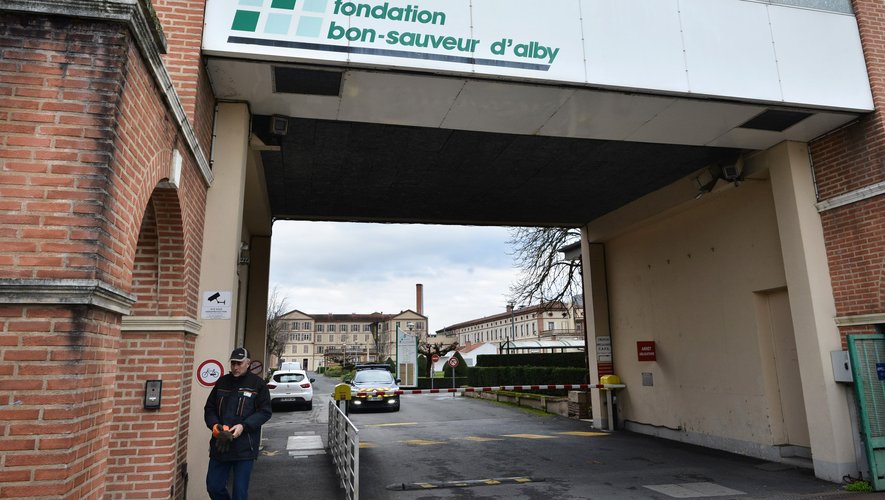 the essential
Closure of hospital beds, delays of several months for a simple consultation: the psychiatric sector suffers from an increasingly evident lack of resources. In Albi these welfare problems worry the trade unions but also the legal actors.

From simple consultation to hospitalization, nearly 11,000 people are followed for psychiatric disorders by the Fondation du Bon Sauveur d’Alby. This private institution recognized as being of public utility covers the entire north of the Tarn with branches as far as Rabastens and Lacaune, or a population of around 220,000 people.

Last June, the Saint-Jean ward, one of its two compulsory hospitalization services, based in Albi, closed its doors. The second, the Saint-Bernard unit, has moved to the new Foundation building inaugurated last spring, but with fewer beds.

“There were 45 beds between the two services, today we only have 15”, explains Anne Millan, a unionist from the CGT. “Health policy, especially in psychiatry, is to reduce the number of beds as much as possible to favor alternatives such as home hospitalization or outpatient care”.

A move imposed on a national level and taken on by the director of the Foundation, Laurent Krajka. “The goal is that people can stay at home. In addition, despite the closure of beds, our active record (number of patients followed) has been stable since 2007”.

But patient care raises questions. “From the moment we run out of space, when we need a bed, we go around the patients and bring out the less bad guys,” explains Michèle Rodriguez, a 30-year-old psychiatric nurse and Southern trade unionist. “The offer of care has decreased, even if the Bon Sauveur is less impacted than other establishments. You are in consultation in a medico-psychological center (CMP). It is catastrophic”.

Trade unionists are not the only ones concerned with this development. Several cases involving people with psychiatric disorders have been tried at the Albi court in recent months. Like this 46-year-old man whose request for hospitalization in Bon Sauveur was refused in early July and who was subsequently tried for death threats against various social organizations. “His place is not in prison, real care is needed”, explained the prosecutor in his requisitions.

“We are increasingly confronted with people suffering from psychiatric problems”, confirms Virginie Rose, agent of the Penitentiary Service of Insertion and Probation (SPIP) of Albi and CGT trade unionist. “By closing the beds, people are thrown out when they suffer from serious illnesses. Justice replaces psychiatry and we can’t take it anymore ”.

According to her, the requests for hospitalization made by SPIP agents are regularly refused by Bon Sauveur. “Or the patients are sent home a few hours later. As long as the person is not in crisis there is no hospitalization, while the danger is very present. You have to wait for him to commit a crime or a misdeed to be cured of”.