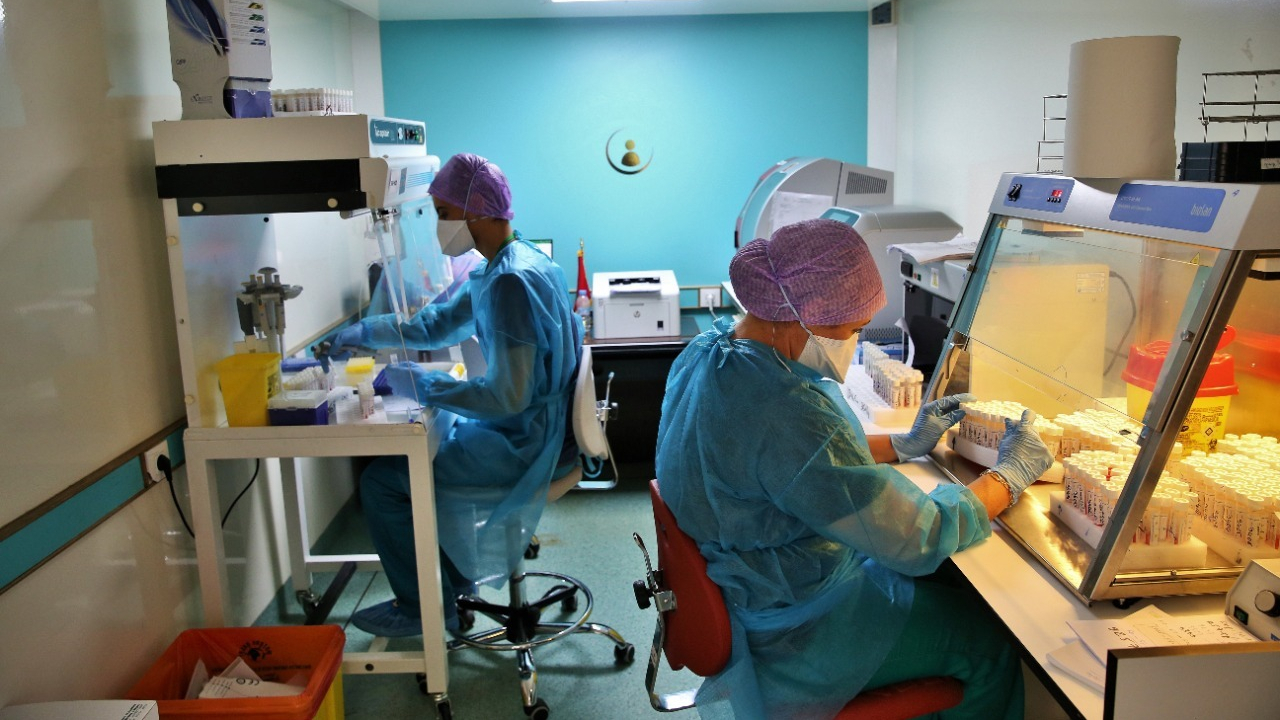 No deaths, 20 new cases of contamination and 21 cured were confirmed in the Kingdom on 14 and 15 September 2022, when over 6.78 million people received the third dose. Pandemic monitoring, in figures. 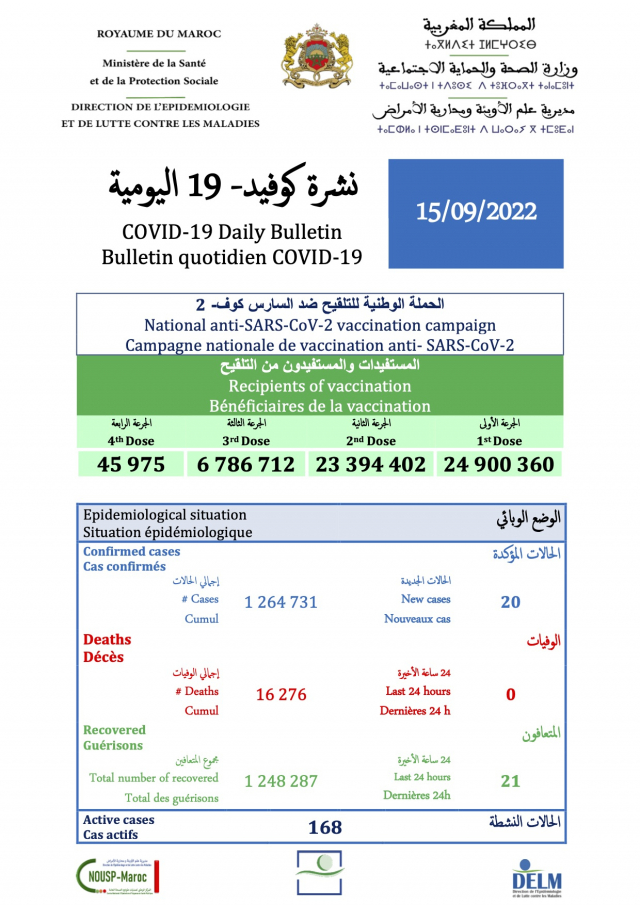 The world has never been in a better position to end the Covid-19 pandemic, which has killed millions of people since the end of 2019, the head of the World Health Organization said Wednesday.

“Last week, the number of weekly deaths from Covid-19 dropped to a minimum since March 2020. We have never been in a better position to end the pandemic,” said Dr Tedros Adhanom Ghebreyesus at a press conference in Geneva. .

However, he warned: “We are not there yet, but the end is near.”

“Those who run a marathon don’t stop when they see the finish line. He runs faster, with all the energy he has left. And we too, “said the WHO head.

“We can all see the finish line, we are about to win, but it would really be the worst time to stop racing,” he insisted.

According to the latest epidemiological report on Covid-19 published after the WHO press conference, the number of cases fell by 28% during the week of September 5 to 11 compared to the previous week, reaching approximately 3.1 million. new infections.

The death toll dropped 22 percent to just under 11,000 over the same period.

In France, after a slowdown in 2020, healthcare spending reached € 226.7 billion last year, up 7.9%, the largest spending increase seen in 30 years, according to a report by the French management of research, studies, evaluation and statistics (Drees) released Thursday.

But 2020 had been marked by a drop in activity caused by restrictive health measures, indicates the statistical service of the social ministries.

Consumption of hospital care increased by 6.2%, explained by a significant rebound in activity, particularly in the private sector and by the increase in wage increases for the Ségur de la santé, according to the DREES.

And care has increased across all industries, particularly among dentists, with a 22.5% jump after a significant drop in 2020. Biological testing labs, excluding PCR testing, have also seen their rebound in prices. consumption (+ 9.5%), after having registered a decline in 2020.

Screening tests for Covid-19 represented a total cost of 7 billion euros, compared to 2.5 billion in 2020.

Of all these expenses, the share covered by the Social Security, already historically high, increased slightly to 79.8%. Complementary health insurances, whose reimbursements had decreased in 2020, also contributed the most, up 12.9%.

However, the residual payable by households also increased, to 7%, equal to 15.8 billion euros. However, France remains the second largest OECD country, behind Luxembourg, where this rate is the lowest, notes the DREES.

The pandemic has officially killed at least 6,521,037 people worldwide since the end of December 2019.