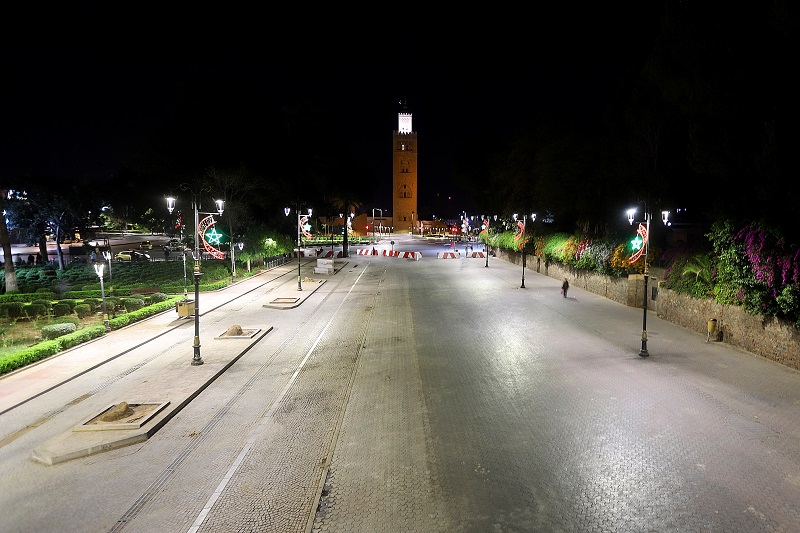 While the Moroccan economy suffered in 2020, with a contraction in gross domestic product (GDP) of 7.2% in volume and 7.1% in value, some regions suffered more than others from the Covid-19 crisis.

Which regions did not experience the recession in 2020? Which have a GDP per capita higher than the national average? Who are the main contributors to the creation of GDP? Where is household consumption concentrated on the national territory? These are all questions answered by the latest note from the High Commissioner for Planning (HCP) published on Monday 12 September.

The HCP provides a detailed table describing how each region has overcome the crisis period in 2020, through different indicators, three of which are main: regional GDP, regional contribution to the creation of GDP in value and regional expenditure for household final consumption.

Under the effect of the health crisis, the national economy recorded, in 2020, a GDP in volume of 1,150.7 billion dirhams and at current prices of 1,152.4 billion dirhams.

The southern regions record growth in 2020, despite the crisis

According to HCP data, three regions, despite an economic situation marked by the effects of the health crisis, were able to record positive growth rates. These are the southern regions:

That said, these regions only contributed 4.9% to GDP value creation.

All other regions have been hit by the crisis and have experienced negative growth rates, with disparity, notes the HCP.

Four regions experienced negative growth rates, less pronounced than the national average (-7.2%). These are the regions:

Marrakech-Safi, the region most affected by the recession

The Casablanca-Settat region recorded a growth rate close to the national average (-7.9%). It should be noted that this region alone contributes 32.2% to the national GDP.

The disparities in wealth creation between regions have decreased

In terms of regional contribution to the creation of GDP in value:

– At current prices, the three regions Casablanca-Settat, Rabat-Salé-Kénitra and Tanger-Tétouan-Al Hoceima created 59% of the national wealth, respectively with 32.2%, 15.9% and 10.9% .

Under these conditions, disparities in wealth creation between regions have decreased. The average absolute gap (the average of the absolute gaps between the GDP of the different regions and the average regional GDP) increased from 70.8 billion DH in 2019 to 65.5 billion in 2020.

GDP per capita amounts to 32,055 DH in 2020 nationwide. Six regions show indicators above the national average. These are the regions of:

In 2020, household final consumption expenditure (DCFM), nationally, reached 672.4 billion dirhams, of which just over half (51.4%) is monopolized by three regions:

The remaining seven regions contributed nearly a quarter (25.9%) to the DCFM, with contributions ranging from 0.7% for the Dakhla-Oued-Ed-Dahab region to 7.2% for Souss Massa.

Under these conditions, disparities in consumer spending have narrowed, specify the healthcare provider. The absolute mean deviation between the DCFM of the different regions and the achieved regional mean DCFM 36.4 billion dirhams in 2020 instead of 39.2 billion dirhams in 2019.

Per capita, six regions spend more than the average

Final consumption expenditure of households per capita recorded levels above the national average of 18,704 DH in 2020, in six regions:

In the other regions, per capita consumption expenditure went from a minimum of 12,989 DH (Drâa-Tafilalet) to 17,735 DH (Fez-Meknes).

To this end, the per capita dispersion of household final consumption expenditure recorded a slight decline. The absolute average difference went from 3,185 DH in 2019 to 2,884 DH in 2020.

Regional GDP by sector of activity

In its note, the HCP also provides details of regional GDP by sector of activity.

Primary activities (agriculture and fishing) account for 10.7% of GDP at national level in 2020. The contribution of this sector to wealth creation exceeds this national average in most regions.

Secondary activities (manufacturing, mining, electricity, water, sanitation, waste management and cleaning, construction and public works) account for 26% of GDP nationwide in 2020. Four regions have shares above this average : the Casablanca-Settat region with 39.6%; Laayoune-Saguia al Hamra with 38.2%; Tangier-Tetouan-Al Hoceima with 32%; Beni Mellal-Khénifra with 26.5%.

Tertiary activities (market and non-market services) create more than half of the national wealth in 2020 (53.2%). The regions of Guelmim-Oued Noun, Dakhla-Oued-Ed-Daha, Rabat-Salé-Kénitra and Marrakech-Safi have economic structures dominated by service activities, with shares much higher than those at national level., Respectively 73%, 67 , 4%, 65.9% and 61.1%. However, they show the lowest percentages with respect to the participation of secondary activities in the creation of regional wealth.

Activities in the primary sector remain the preserve of a limited number of regions: seven of them have created more than four-fifths of the sector’s added value. Indeed, the regions of Rabat-Salé-Kénitra, Fez-Meknes, Casablanca-Settat, Marrakech-Safi, Souss-Massa, Béni Mellal-Khénifra and Tangier-Tétouan-Al Hoceima contributed 81% to the creation of value. primary sector in 2020, instead of 84.1% in 2019.

The activities of the secondary sector are concentrated in the Casablanca-Settat and Tangier-Tetouan-Al Hoceima regions, which in 2020 contributed 62.4% to the national added value of the sector, instead of 61.4% in 2019.

Furthermore, 56.5% of the wealth created by tertiary activities is attributable to the three regions of Casablanca-Settat, Rabat-Salé-Kénitra and Tanger-Tétouan-Al Hoceima.