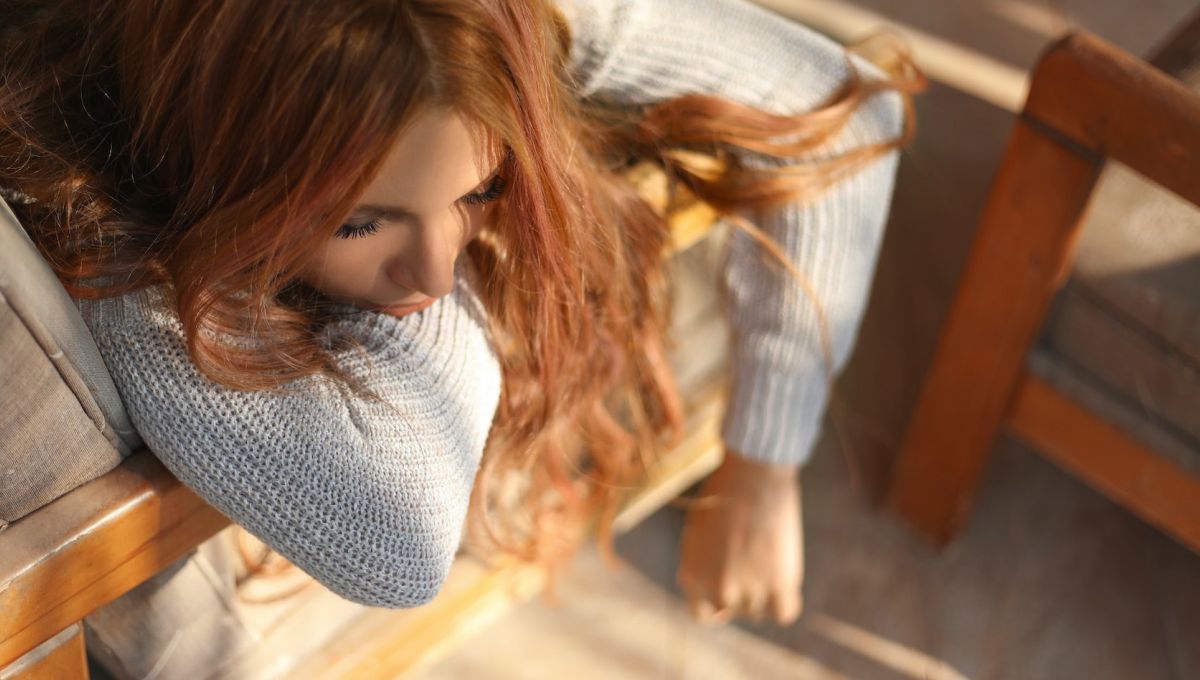 “In my family, we all subscribe to antidepressants.” This sentence, if Clémentine pronounces it naturally, smiling, in hindsight, is that both her parents are depressed and that she herself experienced severe depression when she was 19 years old.

There are many cases like yours. One in five people will suffer from depression in their lifetime, according to the Pierre Deniker Foundation, viz “the concomitance of several symptoms that settle down over time (at least fifteen days) or that have an impact on daily life”says psychiatrist and researcher Astrid Chevance in the book Debunking misconceptions about psychiatry and mental health (Editions of the Atelier, 2022).

Systematically, the people who choose to consult hear the following question: “Do you have a family history?” Does this mean that we are more likely to suffer from this disease one day if our parents and grandparents suffered from it themselves? This is a hypothesis that science tends to validate, thanks to twin studies.

Therefore, by comparing the risks in individuals with the same genetic heritage, but evolving in different environments, these studies have shown a heredity rate of the order of 50%. “that is to say that approximately 50% of the risk is linked to hereditary factors”To explain Mary Melchiorepidemiologist specialized in the social determinants of mental health at Inserm (National Institute for Health and Medical Research). “On the other hand, we haven’t yet found the precise genes that would increase the risk of being depressed”he says right away.

“Studies seem to say that genetics play a role, but that it’s not necessarily the most importantwarns Astrid Chevance in turn. The other factors can be social, traumatic…” Moreover, it is on this aspect that Clémentine’s psychotherapist focused: “When I told her about my parents’ depression, she didn’t talk about heredity, but rather about ‘family moods.’ Inevitably, when your family is always a little sad and melancholy, you bathe in it.

For the psychiatrist Quentin Defrenet, who works in particular at the depression center and the burnout center in Paris, there are two categories of so-called classic depression: “purely biological, i.e. a deficit of neurotransmitters, of serotonin, which can be treated with antidepressants” and that “which has nothing to do with neurobiology, which we can call “depressive neurosis“due to a course of life, family history, and requiring psychotherapeutic follow-up”. Most often, patients suffer from both.

It could indeed be that the legacy of depression lies between genetics and the environment. “Some people are more vulnerable than others to depression, probably in part because of genetics, but also because of epigenetics, which is how genes are expressed over time, a measure of a lifetime. This explains why identical twins develop differently., analyzes Astrid Chevance. Thus, a trauma, the consumption of toxic substances (tobacco, alcohol, drugs), an unfavorable family or professional environment, are all unnatural factors that can act on the expression of each person’s genes and trigger, or not, depression.

If these elements may seem very theoretical to some, for others they are extremely concrete: sometimes, people suffering from depression find answers in their family history. Other times, it is those who want to start a family who ask themselves: “I have always wanted to have children, but for some years I have been wondering if it is desirablesays Cécile, who suffered several depressive episodes in her twenties. I would hate to bring a child into the world and pass it on to him when it weighs heavily on me, all to satisfy a selfish desire.

Again, it all depends on the situation, the specialists say. For instance, “Studies have shown that if the woman has prenatal depression, certain biological mechanisms may contribute to a child’s increased likelihood of experiencing social-emotional disorders”anticipates Judith van der Waerden, researcher in psychiatric epidemiology at Inserm.

“But this field of research is still booming, we don’t know everythingwarns. The strongest hypothesis so far is that when depression occurs during pregnancy, elevated cortisol levels in the mother cross the placenta and impair the development of systems associated with neuroregulation in the infant.

After delivery, the risk may increase further. Especially since “15 to 20% of mothers in France suffer from postnatal depression”, says Judith van der Waerden. However, a depressive state can have consequences on the first interactions with the child. “We are talking about a delicate period in which the child grows and learns many things, especially during the famous first thousand days (the first three years)continues the researcher. This is where he can be most influenced, because his brain is still developing on the one hand, and on the other hand because he depends a lot on his parents for stimulation.

“Parental depression often lasts over timeadds Maria Melchiorre. Psychological mechanisms are put in place, children can sometimes take care of their parents rather than the other way around. Possible consequence: “A person who has seen their parents hospitalized and ill throughout their lives is more at risk for emotional deficiencies and high anxiety”believes Quentin Defrenet.

But be careful: these considerations should not lead to guilt. Especially since we are rarely alone in raising a child: “There is a big impact from the outside: teachers, classmates, grandparents…”reassure the psychiatrist.

Above all, depression is not inevitable, even if it is partly hereditary. Like many other diseases, it is treatable. Even if, regrets Maria Melchiorre, “Only a third of people with symptoms of depression will seek treatment, in most cases by consulting their general practitioner who prescribes antidepressants, without going to a psychologist or psychiatrist’s box”.

It’s too little, because this disease cannot be treated like a cold, says Astrid Chevance: “We have to make depressed people feel guilty, support them. They may have difficulty doing housework, shopping, helping their children with their homework…”

Among the aids, the moral support of relatives, of course, but also the support of a mental health professional, which can sometimes be combined with a more medical intervention such as transcranial magnetic stimulation or antidepressants, which “they recapture serotonin and are much lighter today than they were in the 90s”, says Maria Melchiorre. Warning, however, for pregnant women: it is always better to check the absence of adverse effects on the website of the Reference Center for Teratogens before taking any drug.

“We don’t have to be mean. Just because you had depressed parents doesn’t mean you will be too.”adds Clémentine, who has turned her family’s land into an opportunity: “When I fell into depression, it helped a lot to have parents who didn’t mind going to see a shrink. The call for help has been fully accepted.”

Because there is a solution: to destigmatize depression, to ban moralistic speeches, in short, to speak more and better about this disease so that, hereditary or not, everyone concerned knows what to do.