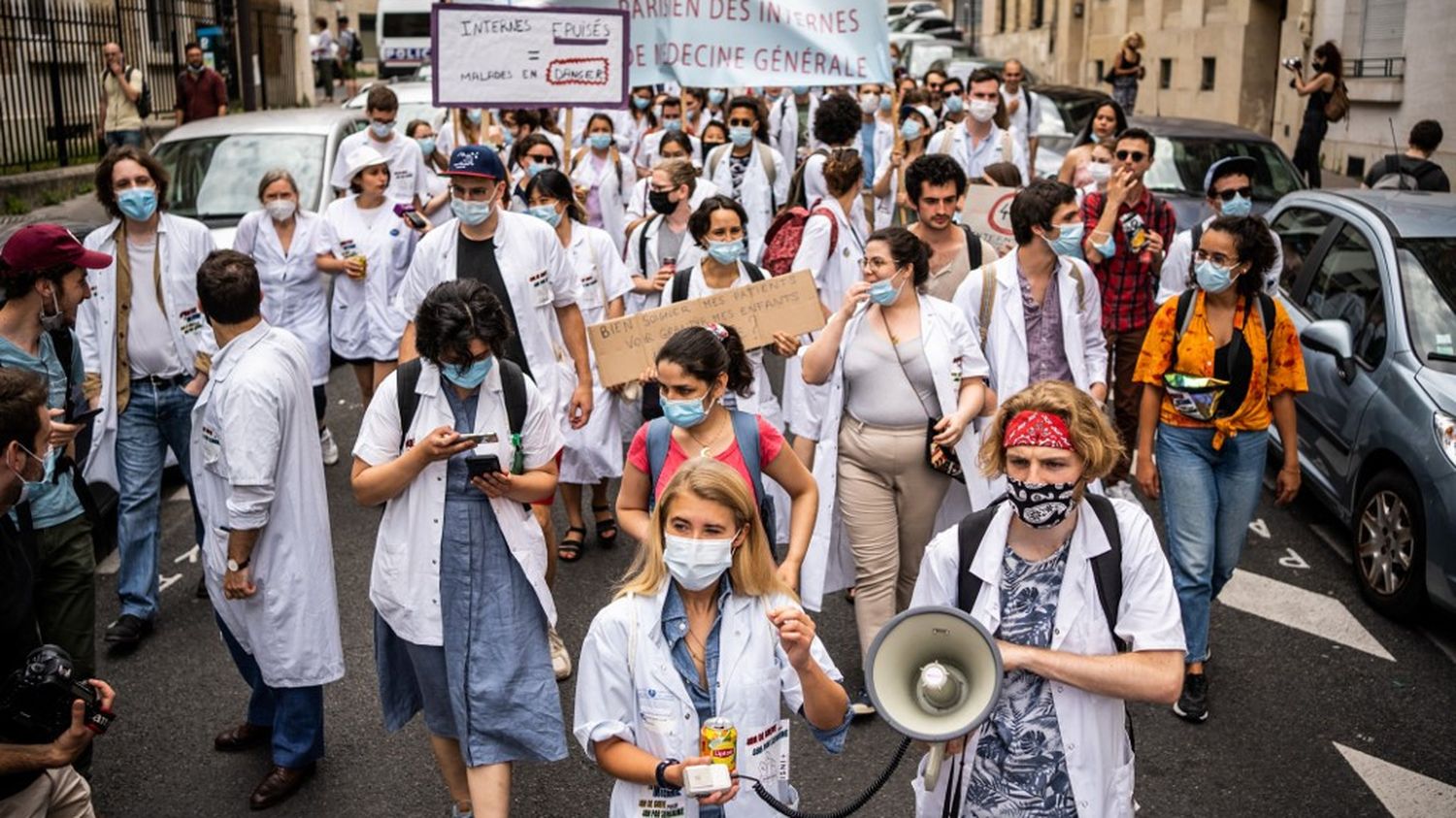 They want to protest against the extension of their studies by one year, a measure announced on Monday as part of the Social Security Funding Bill 2023 and which should allow them to fight medical deserts.

Towards a strike by trainees. Their main union announced on Monday, September 26 “a great mobilization” in October to protest against the one-year extension of their studies, which the government wants to direct “in priority” to medical deserts. The Social Security Financing Bill (PLFSS) 2023 provides for the addition of a “year of consolidation” in the course of future general practitioners, which would take place outside the hospital e “priority in areas with insufficient resources”.

The National Intersyndicale des Interns (Isni) sees it as a “injustice” And “formally opposes” to this extent “coercive”which he does not expect “no solution to the problems of access to care”. Isni accuses the executive “instrument the doctors in training to respond at a lower cost” to the problem of medical deserts. The union deplores a reform “carried out without consultation” and predicted that she “disaster abbreviation”.

[Communiqué de Presse] The #internal they should no longer be the adjustment variables of a system of #Health adrift! pic.twitter.com/nP8kK5EreY

The stated goal is “to improve the training of young doctors and facilitate their subsequent installation”Health Minister François Braun explained Monday evening during a hearing on this bill before the National Assembly’s social affairs committee. The government is aiming for its reform to go into effect at the beginning of the 2023 academic year and has commissioned “four recognized industry professionals” to drive “the consultation that requires such a commitment”said François Braun.

This extension is even “required by healthcare professionals”they believe “who in three years do not have a satisfactory level of training”, in particular in paediatrics, gynecology and management of a doctor’s office. This is the reason “young people settle down very little and prefer to do one or two years of replacement” early in his career, he added. The minister also recalled this “the President of the Republic is committed” to implement this reform during his last election campaign.