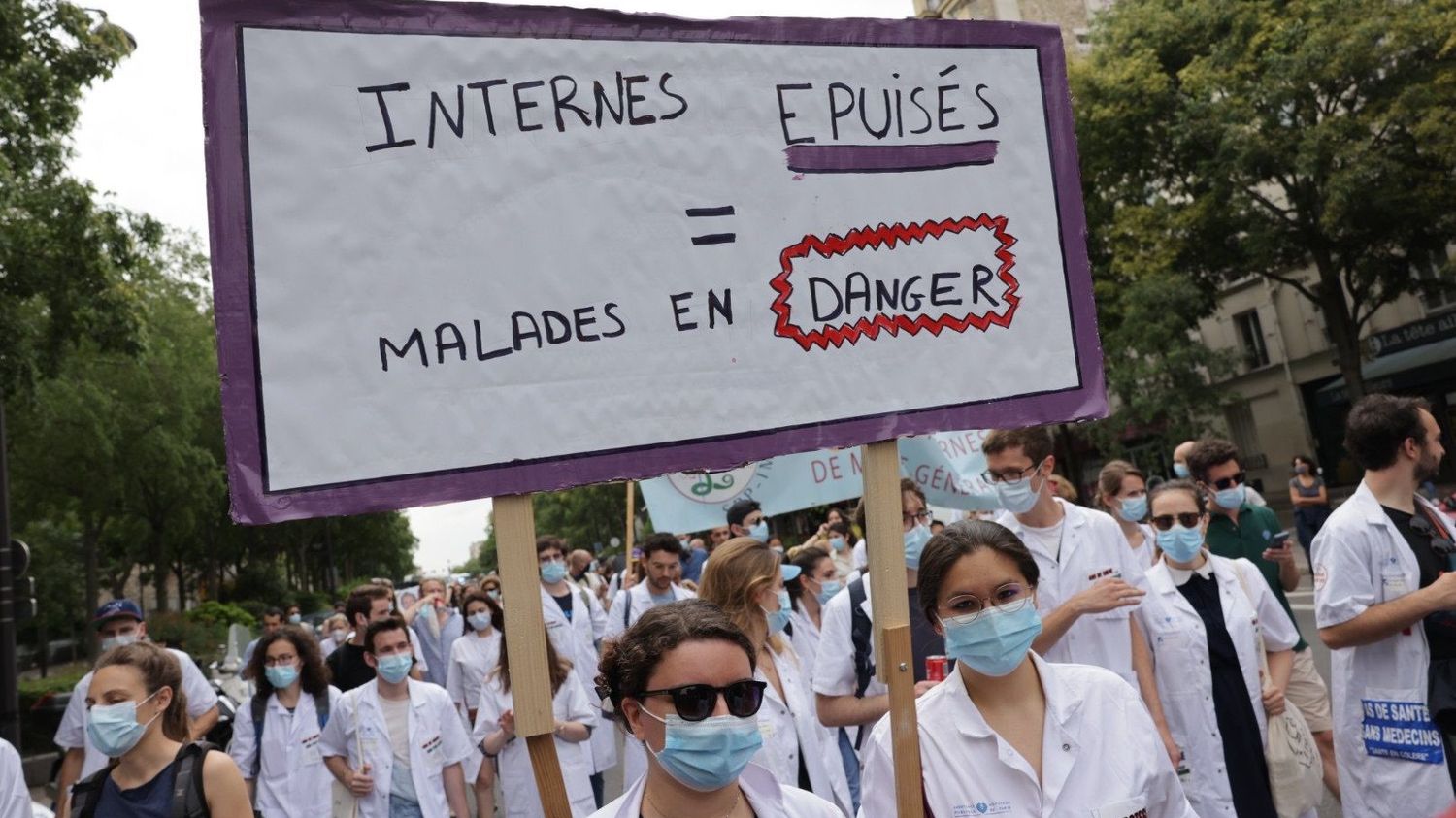 “The days we go home at 9pm, when we go to bed hungry because we don’t have time to do the shopping, because we’re too tired, it’s our daily routine“, testifies Nejm Si Mohamed, general secretary of the national Intersyndicale of interns, invited on Tuesday, September 6 on franceinfo. While the working hours of medical interns are set at 48 hours per week, the intersyndicale warns of the non-respect of this right .

>> “We are constantly tired”: Nathalie, intern, sometimes works almost 80 hours a week for 1700 euros a month

“Nothing was done to set up a working time count“, reports the intern at the CHU Montpellier-Nîmes.”To enforce this, the only solution we see is the appeal to the administrative court.“, he continues.

franceinfo: How are the days of a medical intern?

Nejm Si Mohamed: The days we go home at 9pm, when we go to bed hungry because we don’t have time to do the shopping, because we are too tired, is our daily routine. The workload, the emotional demands, are the interns’ daily life. I remember this moment when, in a meeting, we said, a little embarrassed: “Oh, are you on leave of exhaustion too?“After the first discomforts we realized that it was up to us to make things change, to talk, to say that things are not going well, to say that we must rest. We do not learn these things because we are taught to be strong, to resist until in the end, with the risk of a work addiction which is very dangerous for the mental health of the trainees.

This summer you warned hospitals of possible legal action if they did not enforce the decree on working hours for interns. How was this call received?

We have joined forces with the other unions to inform all CHUs and hospitals in France to enforce the hourly count of working hours. But, although the Council of State concluded that it was up to public bodies to set up a duty register and a working time counting system, this has not yet been done. Some hospitals, some department heads, want to get themselves in order to respect this. But, currently, nothing has been concretely undertaken to set up this mechanism for counting working hours and to enforce the legal maximum time which is 48 hours per week.

Is it a problem of mentality that needs to be changed, in your opinion?

Yes, there is a basis, an assumption, according to which the doctor must render service to others. There is a feeling of heroism that leads some doctors, some interns, to think that you can’t leave unless you have everything sorted out before the end of the day, which is sometimes impossible to do before 10pm, 11pm.

“It also denotes a certain system that has taught us to give our best, to never stop and that does not allow us to consecrate moments of rest, moments for ourselves”.

Do you think that in order to change things we need to get to administrative justice?

Yes. I have been active in the interns union for two years, despite everything we have tried, nothing has ever been done, nothing concrete. In order for our interns, health workers and patients to be in good health, working conditions must be decent and, to enforce it, the only solution we see is the appeal to the administrative court.

What advice would you give to young doctors who are about to start their residency?

Do what is right, fight for what is right. If you let small changes in your personal life go through, you lose your balance. And, little by little, we find ourselves in a spiral that prevents us from regaining our footing. Knowing how to put barriers in your daily life is one of the things I learned in pain and I don’t want anyone to learn it like I did.