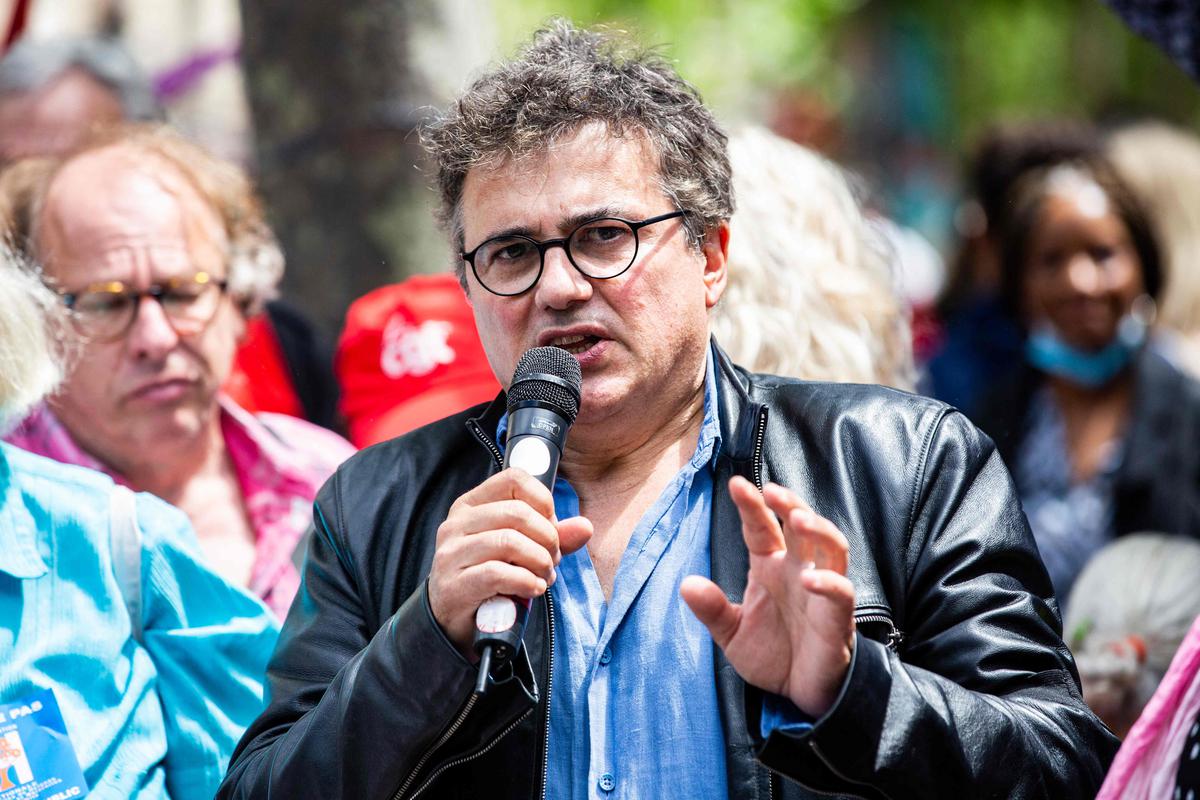 Patrizio Pelloux Yet it is. There is a real question about the rise of obscurantism and political Islam in France. And it affects all parts of society.

How did you proceed?

It took us a year. I reread the various reports that had been made in other areas or other public services. What is surprising is that there was real demand around the hospital. This report was requested by Katia Julienne who was director of hospitals and now medical director of the President of the Republic. It had been supported by Jean Castex who had seen in the hospital a real topic of secularism and the …

Patrizio Pelloux Yet it is. There is a real question about the rise of obscurantism and political Islam in France. And it affects all parts of society.

How did you proceed?

It took us a year. I reread the various reports that had been made in other areas or other public services. What is surprising is that there was real demand around the hospital. This report was requested by Katia Julienne who was director of hospitals and now medical director of the President of the Republic. It had been supported by Jean Castex who had seen in the hospital a real topic of secularism and proselytism. It was in particular about food and the disappearance of ham in meals.

Did you progress quickly?

Do you have an example in mind?

Yes, that of a treatment and rehabilitation center in Alsace where a man spent his time wishing to convert the sick. A representative of the FO had fought him for five years while the administration did nothing, arguing that it was not a problem.

Does your sensitivity to the theme of secularism derive from the years of collaboration with Charlie Hebdo?

Yes. Before, I was a bit like all those carefree people who think things are taken for granted. On the contrary, I would say that the devil is eternal. Nothing is irremediable. There are many people who attack secularism even among people on the left. The left has moved away from secularism. By merger, because political Islam has managed to make people believe that secularism is an oppression while secularism is a liberation. And this is distressing. It is distressing to see that suddenly the questioning of secularism in the hospital. The hospital must be the center of the expression of science, but when religions take control of the hospital, science is biased as beliefs will prevail.

There is not only the problem of secularism in the hospital. Béarn is in a good position to witness the closure or restriction of access to emergency services even recently in Pau or Oloron. You’ve been feeling this for a long time …

Yes and I continue, but we are facing a historical record in politics. The President of the Republic has appointed Minister of Health as president of a union of emergency doctors. Suddenly, he completely dried up the dispute. It is the first time that the Minister of Health represents a union of doctors with a very neoliberal vision. We do not feel the problem of access to care, we do not put in the financial and human resources. The deans of medical schools are responsible. They made a coup d’etat with the so-called end of the numerus clausus but in reality they restored an underlying numerus clausus, much more inequitable.

They created an overselection. They are selected on the basis of their scientific knowledge, but also historical, economic … I have received about fifty letters of complaint this year and the academics do not want to understand. It’s like Parcoursup that excludes students from nursing schools.

The numerus clausus is not the only explanation. Hospital Directors Point Out How Expensive Interim Doctors Are …

You don’t have to fall into the trap. This system existed before but was heavily guarded: the “mercenaries” received the same thing as the doctors. In 2007, Roselyne Bachelot proposed liberalizing wages in order to encourage people to go to work where no one wants to go. She was wrong because she created an absolutely insane social and economic spiral. Impossible to frame this allowance. There is a totally delusional social and financial dumping.

But is there also an individual responsibility for each practitioner?

They simply searched for what brings the most money. The younger generations who have finished their studies need money and are committed where they can find it most. I think the government wants to destroy the status of hospital practitioners, they don’t want hospital public employees anymore. Minister François Braun raised the salary of liberal doctors for the stay of treatment to 100 euros and kept their 70 days tax-free per year. When these liberal doctors participate in lifelong care, they are sitting on a tax gift of between 40,000 and 70,000 euros per year. They work but are paid very well.

What are the solutions to bring doctors back throughout the territory?

What you need to understand is that doctors are people of culture. They want to go to the cinema, to the theater, to the library. You can’t send them to places where there’s nothing left. The solution involves partnership with health centers: doctors come once a week and are paid accordingly, with specialized staff, nurses, laboratories, etc.

Consequently, one can question the priesthood of doctors. At work and in the service of the public?

Totally agree. We are seeing the emergence of generations of Excel spreadsheets. People who think teleconsultations are great. It is the negation of what is called semiology, the study of clinical signs, that is, examination, palpation, auscultation, inspection. We are returning to this to move towards low-cost medicine. It is the uberization that has affected all strata of society that affect medicine. Medicine at different speeds, it’s very real. You will in fact have people who will have money or who will be well in very rich places where there will be access to culture and doctors who will settle there. These people will always pay and see doctors. And then you will have the most distant people, who will see telemedicine and itinerant doctors.

Is it the same reflex that keeps young doctors away from general practitioners?

Of course. They have the flexibility of work, they have no constraints, they can go on vacation… There are questions both about public health and about ethical thinking, this is obvious. But we must ask ourselves the question of Sherlock Holmes: who benefits from the crime? To regional agencies and hospital directors who are closing their beds but are told that in the end it is not working so badly. The problem occurs everywhere. Corbeil hospital has been the victim of a cyber attack for a month but nobody cares. I was on call that night in Paris and there was no room in cardiology! In Paris! Is this the medicine we want today?